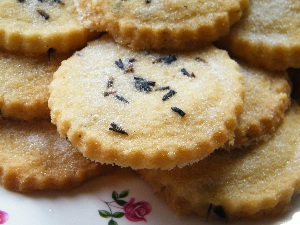 Lavender in cooking is becoming increasingly popular. Shortbread is one of the staple recipes, and works so well because the fresh lavender flavour cuts through the butteriness of the biscuit. 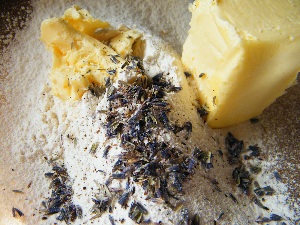 Method
Preheat oven to 160degC. Slightly crush 1tsp lavender flowers in a pestle and mortar to release the natural oils. Sift the flour and salt into a mixing bowl with the caster sugar, butter and crushed lavender, and rub in using fingertips to make a crumbly mixture which can then be kneaded together to make a dough. Roll out to 1cm thick and cut into individual rounds. Sprinkle with the remaining lavender flowers, pressing them down gently until they stick, then bake for 10-15 mins until the shortbread is just starting to brown. Leave for 10 mins before removing from baking tray, and sprinkle with caster sugar. 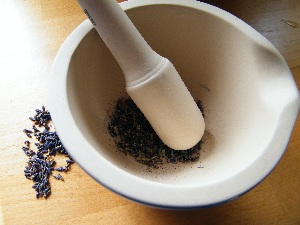